skip to main | skip to sidebar

Wonderful Advance Notices for new book, UNREAL CITY: Las Vegas, Black Mesa and the Fate of the West. Book Launch will be April 17, 2014 at Porter Square Books in Cambridge, 7:00 pm.
Please come if you are in the area.

“If you're headed to Las Vegas for vacation, pack this book along. In between visits to the giant pyramids and faux Manhattans, read it to get a real understanding of exactly how fragile this mirage is.”
—Bill McKibben, author Wandering Home: A Long Walk Across America's Most Hopeful Landscape, and founder, 350.org

“A hard-hitting chronicle of the hidden history behind the creation of Las Vegas... An important, multifaceted page-turner.”
– Kirkus Reviews

“In this cautionary tale of money and power, Judith Nies has created a heart-wrenching account of the exploited American West—its resources and its people. Unreal City exposes the strange bedfellows and revolving doors that fuel crony capitalism. At the heart of it all is the public-private plunder that has sadly become the nation’s new normal, and the tragic toll it takes on everything in its path. Unsettlingly reminiscent of Polanski’s Chinatown, it is a brave undertaking.”
—Sally Denton, investigative reporter, historian, and author of The Money and the Power: The Making of Las Vegas and Its Hold on America
Posted by Judith Nies at 11:49 AM No comments:

I also want to say that I am loving the book. I especially love the fact that it is combining history and personal life, something that, as you mention, many women's memoirs fail to do. I am a few years younger than you, but you refreshed my memory about the obnoxious rule differences in college (the parietals) between men and women, and in general the vast differences in treatment which I never fully realized until the consciousness-raising groups of the early Women's Movement turned on that little lightbulb in my brain. Once it had, I wrote an article in the Harvard Crimson (I was a grad student then) that noted my new-found realization of the differences between the treatment of men and women at Harvard (in some ways a great test case for gender inequality, precisely because both men and women were so privileged, in general). Despite the fact that women at Radcliffe, which was a part of Harvard then(we were the second class to get a Harvard diploma) Women: 1. came from even higher income brackets than the men (I think football scholarships affected that) and did better academically than the men, we were not allowed to direct plays or edit the Crimson, or generally run an y clubs 2. had parietals and rules while they didn't 3. worked in our dormitory kitchens washing dishes and cleaning up, while they had maids to do that (my first memory of my Radcliffe dorm, when I came on an application visit, was seeing the beautiful daughter of Charles Lindbergh- Anne after her mother- drying dishes in the kitchen) 4. rode bikes and walked to Harvard Yard for classes (when they made the Radcliffe dorms co-ed, they provided bus service!) and of course, 5. had no female professors. Women authors were never studied in literature classes. Male science professors openly said women shouldn't be scientists. Some of these slights may have been small in themselves. I had no problem washing dishes or riding my bike, but taken as whole it made up an inferior status for women and a deep sense of inferiority for ourselves. I'm sure it played a role in my allowing myself to remain too long in a relationship where my Harvard boyfriend, in a jealous rage, beat me up in a parking lot behind the old Cahaly's, breaking both my nose and my best barrette.

Anyway, thank you so much for your excellent book. I will recommend it to my newly formed book club, which is composed of great women who are your and my ages, and lived through this time shift in one way or another.

September 22
Gilman School is an all boys private school in Baltimore. I was invited to give a school talk with the senior history classes who are studying the 1960s. They had read my book, were assigned an essay to write about it (by their history teacher), and were well-prepared with questions. In addition the faculty had been given the book as required reading over the summer. (Interesting!) The school has 400 all male students; the faculty is 85 % male. So I was quite curious to find out what the reception would be. In the classes, many of the questions from the boys were about foreign policy and power. The girls from a girls school across the road, mostly asked questions about culture.

In the assembly, when I asked if most of the students thought the 60s were about sex, drugs, and rock and roll -- many hands went up. I'm not sure that I contributed much to enlarging the worldview of the students, but I do understand that the complex politics of the 60s -- not just the women's movement -- has been dropped out of our collective memory. And it made me understand why it is important to keep posting your reactions to the book. This is a shared history whose ramifications are ongoing. Gender is just a part of it.
Young women do not understand that they are still in the middle of an unfinished social revolution; and men (Mr. Thornberry excepted) generally think the whole subject is beside the point and 'let's move on'.
Certainly one of my most challenging audiences.
Posted by Judith Nies at 3:29 PM No comments:

Was a guest at the annual brunch of the Women's National Book Association in Washington DC. and gave a short talk. Four of their members had come my presentation last July at the wonderful Politics and Prose bookstore on Connecticut Ave. in Washington (run by the extraordinary Carla Cohen who is married to the equally extraordinary David Cohen with whom I used to work many years ago when he was a lobbyist for the Leadership Conference on civil rights. The store recently celebrated its 25th anniversary celebration with dancing! and food! and an interview of Carla and her business partner Barbara by E.J. Dionne of the Washington Post)
The members of the Washington branch of the WNBA have done some excellent word of mouth promotion for my book and their president N.C. Weil reviewed the book in their local newsletter. (Excerpt from it reprinted below)
I hope I can find the photograph of my book that one of the members brought as a testimonial of how much in the book "spoke" to her. She held it up and it had at least a hundred tabs sticking out of it. Such a good visual reminder of how one person's experience resonates with others. After all, that's the point!
Posted by Judith Nies at 5:15 PM No comments:

Arrived in Las Vegas to meet the other fellows at the Black Mountain Institute. The Institute was founded in 2006 to "provide an environment where thinkers and writers from around the world can fight against entrenched perspectives, whatever their political or cultural source." The fellows have backgrounds in journalism, fiction, non-fiction and playwriting. This year the fellows seem to come from each category. Cristina Garcia ("Dreaming in Cuban") is the fiction writer and teaching fellow. (In the small world department she and I each went to the same graduate school in international studies. "We are black sheep" she said.) Lavonne Mueller is a playwright of international renown and is completing the third play in a trilogy called "Women in War" and is about the experience of the comfort women in Japan. Timothy O'Grady is a fiction writer who holds both an Irish and American passport and is working on a novel about a retired IRA sniper. And I am the nonfiction writer working on coal, climate change, and the long term effects of stripmining on the Indian reservations of northern Arizona. This project goes back to work I did in Congress in the 1970s. For more information look at the Black Mountain Instiute on the University of Nevada website.
Posted by Judith Nies at 3:00 PM No comments:

On Doing It All!

Thanks and kudos for your wonderful book, which I've just finished. It's a brilliant validation that "all politics are personal", an invaluable history lesson, and, most importantly for me, an enthralling read! I'm a psychotherapist, and wonder at your skill at describing your own psychological development and personal growth; I can only imagine the effort and energy needed to access and relate this material, (never mind the research involved in the work as a whole).
Others' comments show how effectively you've evoked a response from women struggling to understand how feminist efforts and gains have led us to this weird place where women get to "do it all", including floors and botox; where women are news anchors - but apparently only if blond and coiffed - and to... Sarah Palin! - Good Lord, where to begin to deconstruct that piece of work! (Is she somehow the resurrected spirit of Louise Day Hicks with a makeover?). Your work does such a fine job of melding political and social history - I can't think of anything like it for the period of time covered.
My main thought, on finishing the book, (besides my jealousy at you having spent an afternoon with John LeCarre), was that this woman has a novel inside her! The moments when you describe inchoate knowledge of yourself and your needs, the travel anecdotes, the character descriptions, all convince me of it. Maybe someday? (I write book reviews too, will keep an eye out)
Anyway, heartfelt congratulations and thanks for a wonderful reading experience. Laurie S.
Posted by Judith Nies at 1:46 PM No comments:

Arrived in Washington D.C. to start fellowship at the Library of Congress. Its called a Kluge/ Black Mountain Fellowship and will combine 4 months at Library of Congress and 4 months at the Universityof Nevada Las Vegas. Have a small sublet on Capitol Hill and can walk to the Library. Washington a very different city from the one I wrote about in The Girl I Left Behind.
The number of police and security arrangements quite formidable. Library fabulous.
Posted by Judith Nies at 12:54 PM No comments: 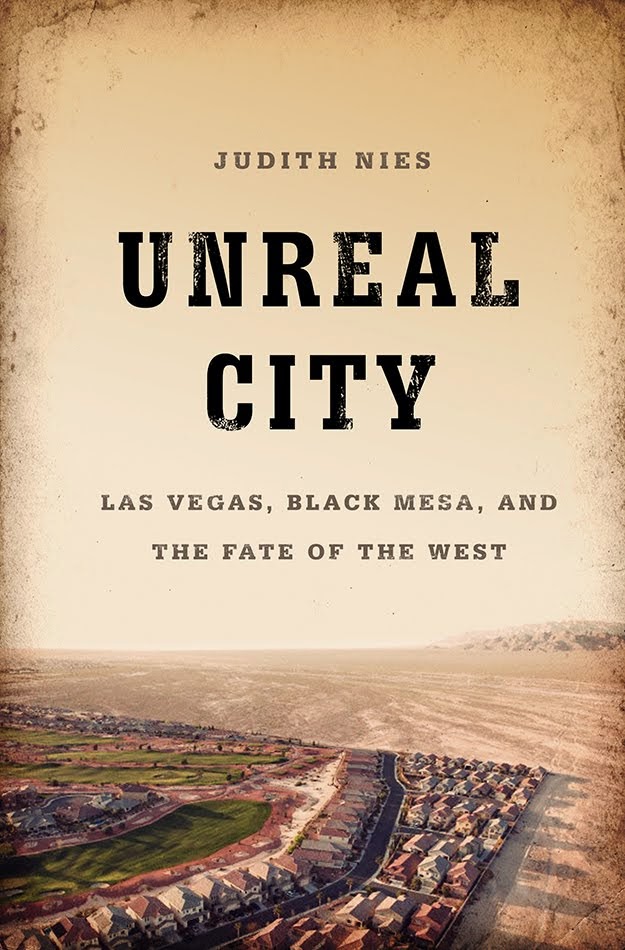 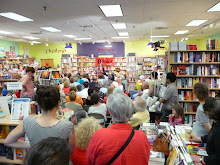 Elsewhere on the Web